It has never been a priority of our firm to be one of the biggest; we would prefer to be considered one of the best. We have a healthy respect for preparation, hard work, and the rapidly changing environment in which decisions and events affecting our clients occur. 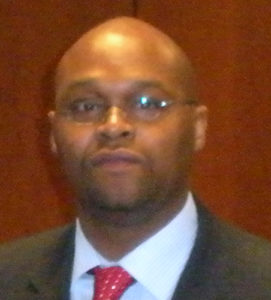 Since the firm’s inception in 2004, Governor Jackson, III has litigated complex civil claims resulting in multi-million-dollar recoveries for clients against health care providers and private companies. These claims for compensation are related to issues ranging from brain injury and failure to diagnose medical conditions, to false imprisonment and negligent hiring/retention. Governor also uses his legal acumen to advise businesses on transactional matters with an eye toward litigation to ensure that his corporate clients are fully informed of the relevant risks involved in any deal or decision. He is licensed to practice in Maryland, the District of Columbia, and Texas, and is also licensed to practice before the United States District Court for the District of Maryland, the United States District Court for the District of Columbia, the Fourth Circuit Court of Appeals, and the United States Supreme Court.

Governor began his legal career in Baltimore, Maryland at the City Solicitor’s Office of Baltimore City. While at the City Solicitor’s Office, Governor honed his advocacy skills in the prosecution and defense of civil cases involving the Mayor and City Council of Baltimore including the lawsuit resulting from the 2001 Howard Street Tunnel derailment, Mayor and City Council v. CSX Transportation, which resulted in a $2,000,000 recovery for the City including payment of municipal agency response costs. He also was tasked with directing the defense and settlement of a $32,000,000 putative class-action lawsuit filed against the Baltimore City Police Department by former officers alleging race discrimination in the implementation of formal discipline. Originally from Dallas, Texas, Governor holds a B.A. in Business Administration from the University of Tulsa, and he is a graduate of the University of Maryland School of Law. 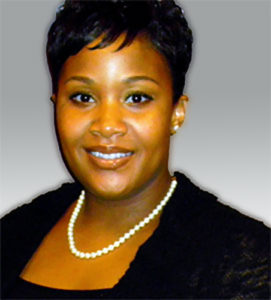 Nicole Farmer Jackson, Of Counsel, has extensive experience in litigating employment law, personal injury and tort matters on behalf of individuals and businesses in state and federal courts. Nicole has also successfully resolved claims before administrative agencies, including the U.S. Equal Employment Opportunity Commission (EEOC), Maryland Commission on Human Relations, Maryland Department of Labor, Licensing and Regulation, as well as local administrative agencies.  She is licensed to practice law in Maryland.

In addition to working for local firms, Nicole has worked for Administrative Judges at the EEOC, served as Legal Assistant to the Chief Legal Advisor for the Baltimore City Police Department, and was a legal assistant to Former Delegate Darryl Kelly of Prince George’s, Maryland.  She has testified before Maryland’s Judiciary Committee regarding the rights of individuals with disabilities and drafted proposed legislation concerning identity fraud, illegal dumping, gambling and general aviation in Maryland.

Nicole received her J.D. from the University of Maryland School of Law and is a graduate of Elon University where she obtained a B.A. in Corporate Communications and Business Administration.

We recognize that time is of the essence in pursuing the issues and claims of our clients and are committed to giving each matter the time and attention it deserves.